The town of Corowa and the border region played a key part in the movement to federate the Australian colonies that resulted in the inauguration of the Commonwealth of Australia in January 1901.

Corowa Federation Museum, Birthplace of Federation, tells this story. Close to half the display space in the museum's main hall is devoted to Federation and to depicting life in Corowa at that time. Displays include a turn-of-the-century schoolroom, the Corowa Free Press, and the dock from the local courthouse.

The Corowa Federation Museum holds an impressive collection of Federation-related material, including invitations, certificates, addresses and medallions relating to the inauguration of the Commonwealth in January 1901 and the opening of the first Parliament by the Duke of Cornwall and York (later King George V) in May of that year. 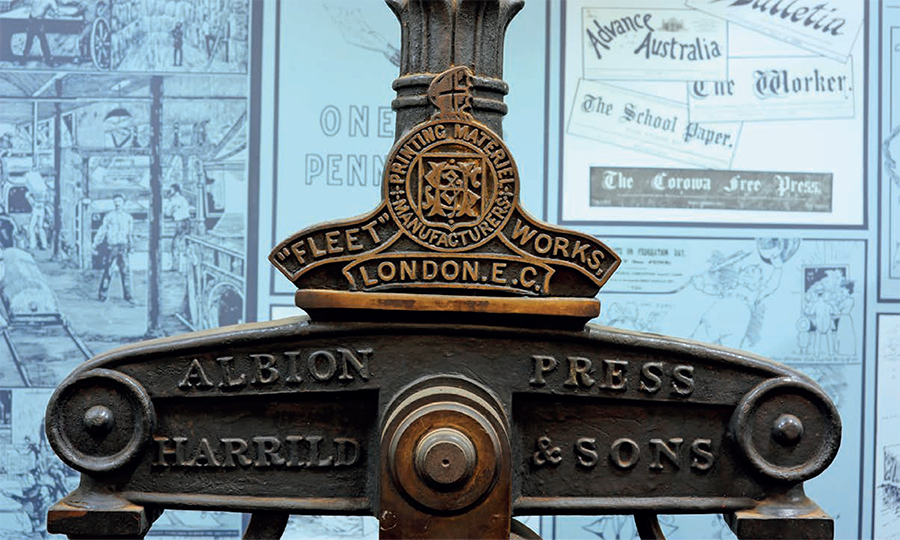 Other parts of the collection interpret Indigenous life in the region; Tom Roberts' well-known painting Shearing the Rams, which depicts a woolshed scene at Brocklesby Station, and its later dramatisation in film; agricultural activities in the region; and commercial and domestic life.

The museum holds an impressive textile collection, a large local photographic collection, and a comprehensive collection relating to health and medicine over nearly 100 years in Corowa, including an extensive archive of pharmacy registers kept over 97 years of practice.