Taylor designed his machine between 1911 and 1914, displaying it at the Henty Show in 1914. It was observed in action by H.V. McKay, who adopted it in 1916 for commercial production at his Sunshine factory in Victoria. Taylor’s header lifted and cut, rather than stripped, stalks, enabling crops that had been flattened by wind and rain to be harvested. 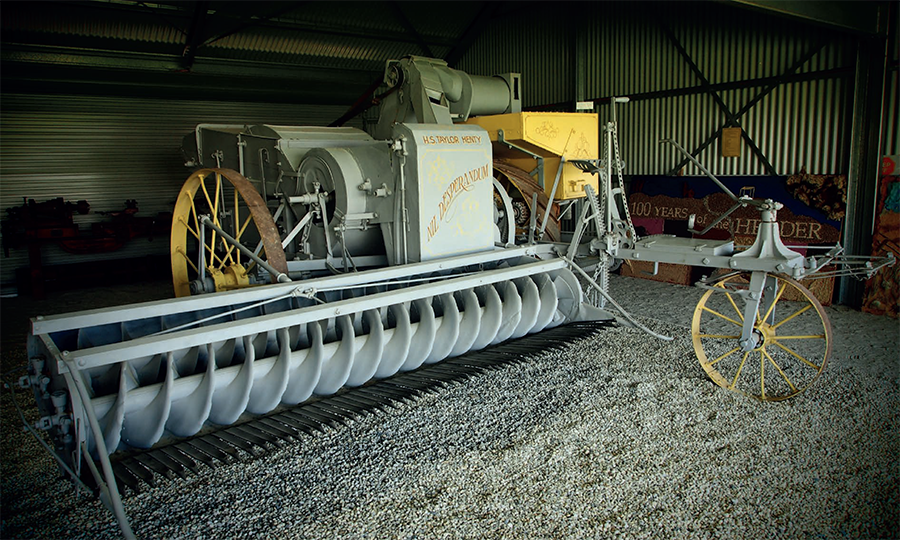 Taylor registered 12 patents for his header components. He sold these patents to McKay and went to Sunshine to supervise production of what became the Sunshine Header. Headers produced at Sunshine were subsequently exported around the world. Taylor was Australia’s most prolific inventor of farm machinery. The invention of the header was a vital step in the development of wheat harvesting machinery.

The header displayed in Henty was reconstructed by members of the United Farmers and Woolgrowers Association using salvaged remains of nine headers produced between 1915 and 1917. It is located next to The Blacksmith Shop that houses original equipment used by Taylor to create his header on his family’s nearby ‘Emerald Hill’ property.