This bell is a replica of the HMAS Otway submarine christening bell. It was used as a ceremonial piece and would hang on the front of the conning tower whenever the submarine was in port.

The bell also had a very interesting use as a christening bowl for children of the crew members. The bell would be taken down and turned upside down; water from the bell would then be used to christen the baby. 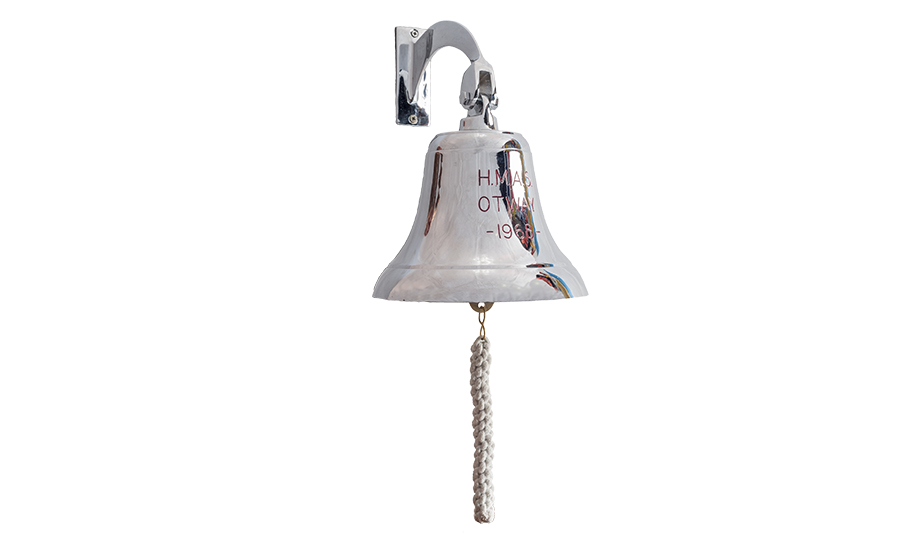 One such officer was Geoff Piesse, whose son was christened with water from the bell. Piesse was an engine room artificer on the Otway. On leaving the Navy he became manager of Holbrook Shire and was one of the people responsible for bringing the old submarine to Holbrook.

During the Centenary of Australian Submarines celebrations held in Holbrook over the ANZAC Day weekend in April 2014, a number of the people whose names are engraved on the bell visited the museum to show their own children this unique submarine bell.