T These shop scales were used in both the original store founded by J.H. (Julius Hermann) Rosler and Peter Wagner, and later in Wagner’s store. The scale was donated to the Jindera Pioneer Museum by the Burdack family, who owned the store during the 1950s.

The cast iron and brass Avery scale is an equal-arm beam scale which is complete with its original weights and is still on prominent display on the store counter.

The balance scale was the first mass measuring instrument invented. In its traditional form, it consists of a pivoted horizontal lever with arms of equal length and a weighing pan suspended from each arm. The unknown mass is placed in one pan and standard masses of known weight are added to the other pan until the beam is as close to level as possible. 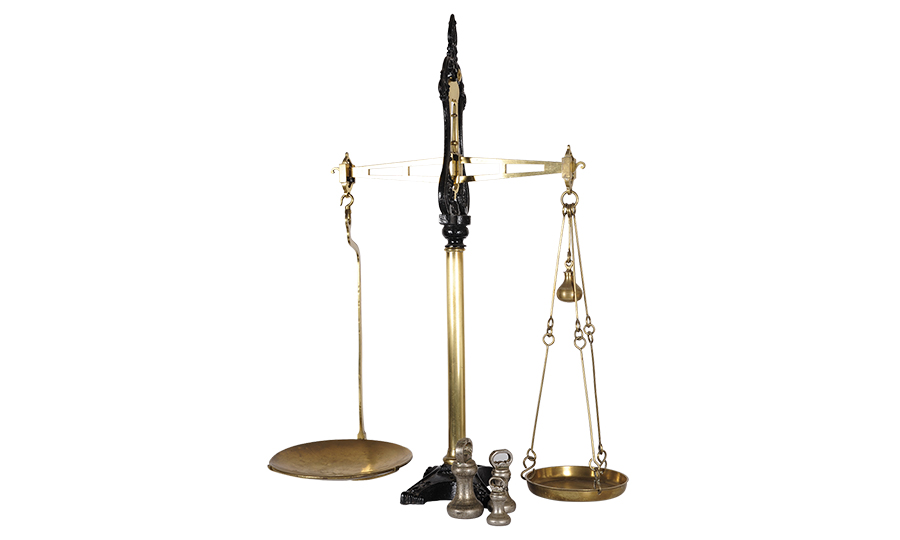 The balance scale is such a simple instrument, its use dates back to ancient times. The oldest known scale, found in modern-day Pakistan, is dated to 2400 to 1800 BC. In Egypt, images of scales can be found painted on tomb walls dating from around 1878 BC.