This type of farming implement is also known as a grain cradle or cradle scythe. It was found in a shed in the Berrigan district by the late Jack Lee, a local historian and former agent of the Massey Ferguson tractor company.

Cradle scythes were first developed in the United States in the late 1700s. They were used to harvest crops like wheat or oats by hand. The operator, known as a harvester, reaper or cradler, would swing the scythe around his body in a horizontal motion to cut the stalks. The wooden fingers would catch the crop, and the harvester would then tilt the cradle downwards to deposit the crop in a pile. Crops could be harvested more quickly with a cradle scythe than with a sickle. 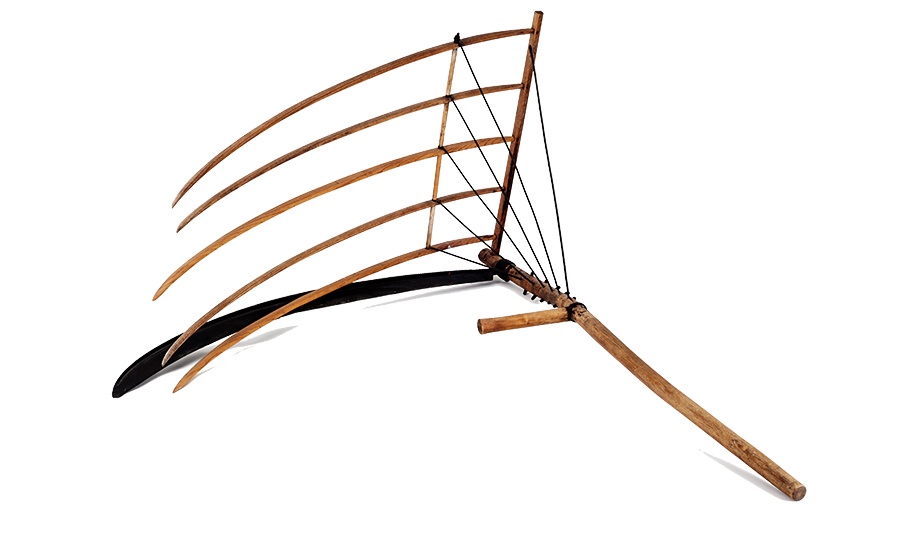 This cradle scythe was made by the Grant Fanning Mill and Cradle Co. of the United States. Grant products were sold in Australia as early as 1859.